Skip to main content
Labels
Posted by Unknown May 13, 2018

It's been a while since I've had a few minutes to sit down and write beyond the quick hit updates I share on Finn's Facebook page. However, tonight for several reasons, I thought I should take a moment to document such a special day.

Last year Mother's Day was awful. Finn's entire heart and lung function was newly moved to ECMO and we were newly moved to Rochester. Not the typical relaxing day with breakfast in bed that most moms expect. I was lucky to have my mom come down to spend the day with us, but it still didn't make our situation any better. This year my own heart aches for the mothers who are living that truth. At least one that is still there from last. 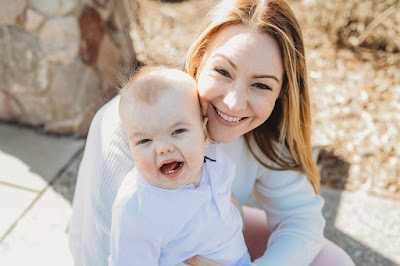 If you've been following along on Finn's story for a while you will notice that the 13th has become a pretty special day to us. Of course it was the day that was born, but it was also the day he received his heart, the day he was discharged and now the day that we finally get to celebrate Mother's Day all together at home. But, wouldn't you know it today is more special that that. Today, May 13th, marks the first day that Finn has lived at HOME longer than the hospital. At 16 months old we can boast that we haven't lived the majority of Finn's life in the hospital. You have no idea how great that feels!

Finn has been progressing so well. He continues to amaze me daily. This child, after all he has been through, is full of smiles, love and personality. He is smart as a whip and quickly catching up on his physical development. We've had Finn in therapy, OT and PT, since he's been home and you can definitely see the difference week over week. When he came home he barely moved at all. He was content just laying there. Now, he scootches, rolls, sits, grabs, reaches, kicks, dances, claps, signs and more. After being evaluated by the school district he was deemed intellectually on par for his age. This assessment had me in tears. After being exposed to prolonged sedation, 78 days of ECMO, bypass and long term diuretics I have always been concerned that he would suffer from mental deficiencies. There is a lot of literature supporting children with CHD being affected by cognitive delays. Of course these may always rear their ugly head later in life, but for now he is smart and happy. What more can a mother ask for?

Since Finn's discharge he has been transitioned completely from a g/j tube on continuous feeds to a gtube and from straight breast milk to a mix of blended food and breast milk boluses. Last month his Broviac (central line) was removed and it had the most amazing impact on my mental health. I had no idea how much that graduation would mean, but for whatever reason it changed a lot. I'm not sure why that made me feel more "normal" but it did and I have felt just a little lighter ever since. Now, we are working on getting him off the feeding tube. Within the next few weeks we will begin a professional tube weaning program that boasts 100% success rate. Hopefully we can help keep their record clean. 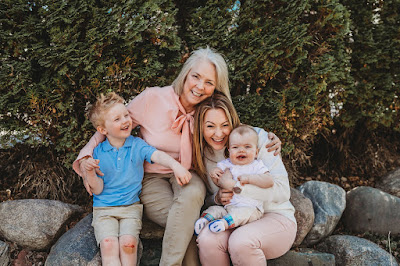 Life is not without it's complications. Of course I try to focus on the positives, but this world is not for the faint of heart. Each time Finn shows a slight illness we spend hours on the phone speaking to coordinators, NPs and cardiology debating whether we need to bring him in or how to treat him. Nine out of ten times we end up in the ER, my nightmare, and half of those times we've been admitted for observation (hello PTSD). Most recently Finn's neutrophil (white blood cells) count has dropped near ZERO, which is life threateningly low. His body has no defense to fight off infection so even a low grade fever poses a risk. We purposely suppress his immune system with medications, however out of nowhere in March those numbers took a significant drop without altering his meds. Because of this he is currently not on two of his immune suppression drugs and we can't allow him to be exposed to any illness. Thank goodness cold, flu and RSV season is finally over. For the most part we were able to keep Finners pretty healthy our first winter home, now we just need to get his counts back up to a place where an infection isn't deadly. If the numbers don't start to climb he will have to undergo a bone marrow biopsy. I don't want to even think about it.

We keep creeping on that "normal" thing pretty hard. I mean, we will always have meds, appointments and it's always going to be hard but the life we lived in October, the one that we were thrilled to embrace, and now this one look vastly different. I can't imagine what another few months of life outside our bubble will do for all of us. 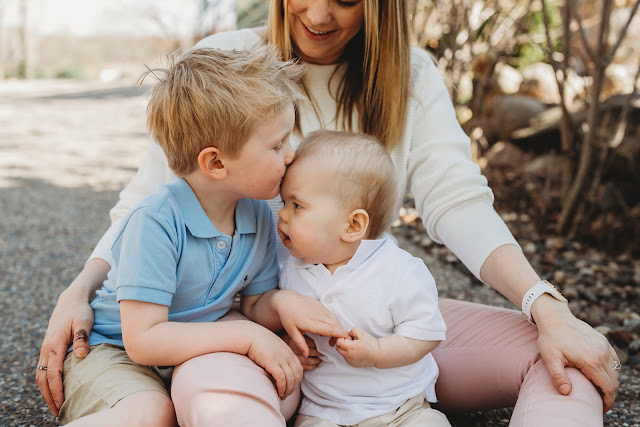