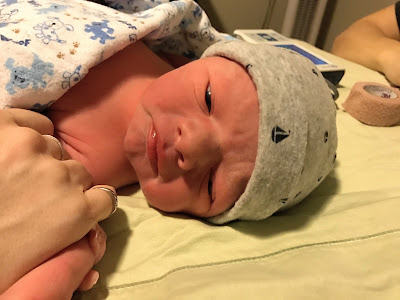 Tomorrow when I wake up it will be 2018. A new year. a "fresh start"' as they say. I've never been one to celebrate the new year. It's sort of silly, right? Some arbitrary measure of time makes people believe that they get to start over or undo what has been done. An excuse to get stupid drunk or a reason to start a new workout or lifestyle, ridiculous. You can do that any time, why would some random date in the middle of winter be any different than another? 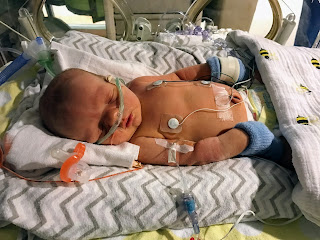 This year is a little different. Thirteen days into 2017 Finn joined our family. Last year at this time I had no idea that we were going to be hit by the CHD bus. I was blissfully ignorant of the life that I now live. One of ICU hospital rooms, life support, open heart surgery, preemies, brain bleeds, lung and kidney disease, cancer and more. I look back on that life and barely recognize it because this is now my life and I am so grateful for it.

Of course if I had the choice I wouldn't have ever subjected my son to his disease. I would've never asked his 2 year old brother to understand why life suddenly took a sharp turn in a direction I couldn't explain. But, if we hadn't experienced what we did over the last year, Finn may not be ringing in the new year with us. 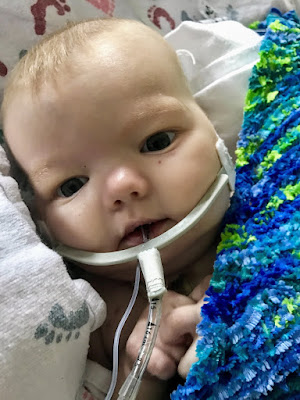 We spent over 200 days hospitalized, 78 of them on ECMO and who knows how many on a ventilator. There were times between April and October of 2017 when I was fairly certain that Finn wouldn't make it to 2018. I was told by doctors that there was nothing more they could do for him. I knew that meant he wasn't going to turn one earth side. How was I supposed to go on without him? I had practiced how it felt and planned to lose him. Not to be mistaken with giving up, I never gave up on him, but I had to try it on - the feeling of him dying. Then suddenly he turned a corner. As if he just woke up one day and decided that he was ready to "get better." On October 13th, at exactly 9 months old and 3 months post transplant, Finn was finally discharged from St. Mary's Hospital. 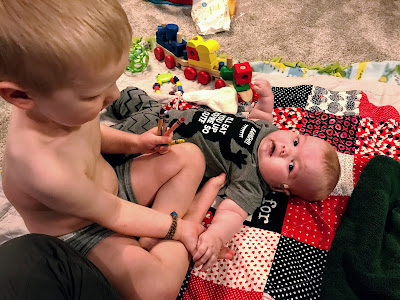 Ten days after being discharged to The Ronald McDonald House we came home. My family was reunited under one roof, our own roof. We were able to figure out how to be a single unit again. Our problems became "normal" problems for the most part. Of course Finn's heart condition will always be there, but we were free of a lot of the frustrations and binds that we had living in two cities with nurses and doctors deciding our every move. No one was more excited for this change than Asher. He still says to me, almost every night, that he is so happy to have his family together. He tells me that we are his best friends and that he wants us to stay together forever. He promises me that he will stay three years old because he likes that we are all together. As if the change in his age somehow made this all possible. This wise beyond his years child holds no resentment or ill will towards his high maintenance brother who turned his life upside down. He just loves him with all of his being. There is no jealousy or anger, only love.

In his two and a half months home Finnegan has gone from a lumpy, oversized newborn who was happy to be left on his own playing to an engaged, interactive, loving and snuggly baby. He has mastered skills that I thought it would take him months to hone. His laugh is the most infectious sound, one that he clearly saved for his dismissal. He is progressing faster than his doctors and I expected and showing us that he is a force to be reckoned with. This sweet boy has so much purpose. I can't wait to see what he does in 2018. 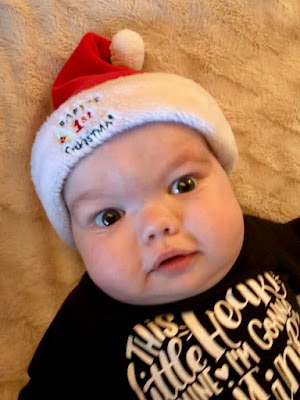 In less than two weeks Finn will turn one. On that very same day he will celebrate 6 months with his donor heart. That means that somewhere a mother will realize that 2018 is a year that her child didn't live in. Her baby has been gone for half a year and depending on that baby's age when it passed, could be longer dead than alive. I wish I could think of words to say to her. Is there any way of comforting someone who experienced such great loss? I think about her ever day as I rock my baby to sleep. I think about her when he laughs or when he learns a new skill. I have the ability to write her a letter and have UNOS deliver it. The words come and go in my head often. There are times that I am confident I know what to say and how to thank her for the gift of life she provided my son in her darkest hour but when I get pen to paper I can't make it sound the way I think it needs to. Hopefully, when the words finally come to me they will be the words that bring her some comfort. Someday, maybe she will get to meet sweet Finn and hear her child's heart beat perfectly in his chest. I hope for both of us that this can become a reality.

For now, I say goodnight to my beautiful boys and wake up to a new year. A year that will hopefully bring more happiness than sorrow, more hope than dispair, more healing than pain and more love than any of us could've ever imagined. 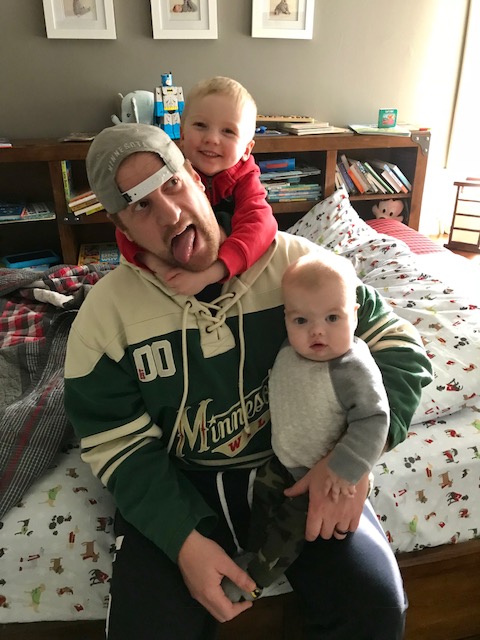