After the last week's events we are "fine." Finn's cultures are continuing to come back positive, however they are taking longer to grow. Infectious Disease (ID) says that it's a good sign. We are weakening the bacteria in the bloodstream. Originally his cultures were positive at 10 hours, the next day 15, then 24 and now 30 hours. Yesterday he was started on a new antibiotic as our last resort before beginning to replace the hardware. At one point his broviac even came back negative but currently it's positive again. Our nurse has suggested doing an antibiotic lock to see if we can keep it clean but that won't fix the circuit. If the new approach doesn't work, we will begin talking about replacing things. 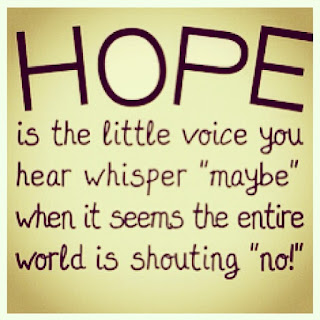 Replacing hardware won't necessarily fix the problem. Actually, it likely won't. These bacteria like plastic. They can hold on tight and never let go. Finn has a lot of plastic right now. But, we have to try and hope it fixes the problem. There is that word again, hope. It's hard to hang your hat on something that is so intangible. Lately it feels like my whole world revolves around something I can't see, feel, taste, hear or touch. I hope he lives long enough to get his heart. I hope he gets a heart. I hope if he doesn't get a heart then at least he can fight the infection. It doesn't feel like much of a strategy sometimes, this hoping thing. But, I am going to keep holding on for my own dear life.

In true project management form I held a retrospective with our medical team today. I wanted to know what they think we are doing right, where we have opportunity to do better on and what action we are going to take to ensure these sort of things don't happen again. We talked about protocols and process, documentation and where the opportunity for errors is. I will not sit by and take "these things happen" as a response to my son getting a life threatening infection.

Also important in my world is planning. Friday I was able to spend an hour with a transfusionist to discuss opportunities for minimizing Finn's exposure during his inevitable blood transfusions. I wanted to set up regular donors to give him blood so that he wouldn't be building antibodies and therefore become ineligible for the hearts that rarely become available. I cried to him, pleading for more ways I can save my son or at least lessen the negative impact of the blood he is getting. At 5:00 pm on a Friday, at my behest, he marched himself down to the blood bank and actively found two units of blood that matched Finn. He had them separated and stored specifically for my son. This means we can get up to four transfusions with only one exposure. I am so grateful. I know the doctors and nurses had called before but no one seemed to be able to do anything. Luckily, some crocodile tears and a really strong ability to not take no for an answer got my son blood with a slightly decreased risk. Right now I will take any win I can get. 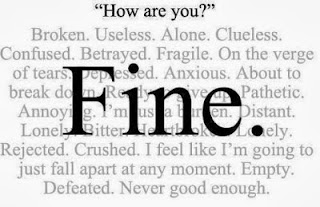 We are "hanging in there" as they say. Finn is still intubated and still showing signs of infection but the doctors keep telling me he is "fine." They told me today he is safe. Earlier in the week I was informed that if a heart came, we couldn't accept it. Today I am told by both Dr. Johnson and Dr. Henry that we would take it. That is an improvement and I will hold onto any positive change I can.